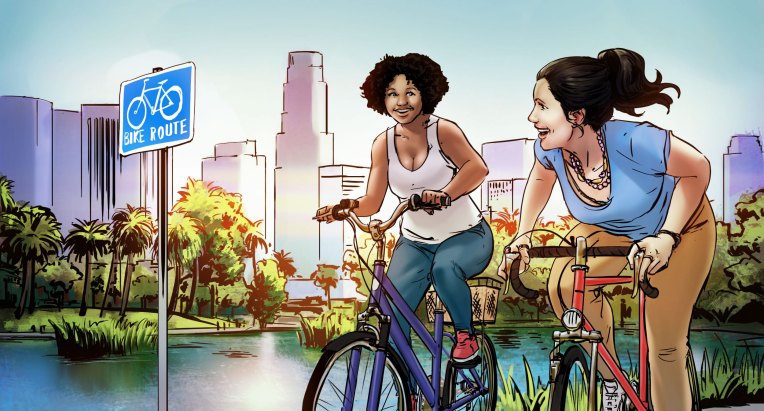 I’m thrilled to share the new concept art made for the television show that I’m writing. This concept illustration was made by the fantastic team at Liberum Donum (Inks: Santiago Calle, Colors Ivar Osorio).

The show connects viewers with a network of non-profit organizations supporting the actionable behaviors that the audience can take locally to mitigate climate change. Real-time audience participation facilitates a national conversation about how we can collaborate to mitigate climate change. Content creation is advised by a team of subject experts. We are confident that a popular comedy-drama with these elements and approach can dramatically improve and increase climate change mitigation efforts internationally.